German Art, Design, and Beauty Part I: A Century of Bauhaus

When it comes to artistic movements which genuinely changed the world as we know it, few have ever managed to compete with the awe-inspiring shockwaves made by the Bauhaus. The evidence for this isn’t merely in the buildings, items of furniture, artworks, and approaches to design the German school left behind, but in the very word itself; ‘Bauhaus’ as a noun, an adjective, and an instantly-recognisable word is one that immediately garners an astonishing array of images; visions of an approach to art and design which are as identifiable as they are all-encompassing. Tower blocks, perfume bottles, typefaces, luxury homes, iconoclastic abstract art… the list of areas within the realms of beauty, modernism, lifestyle, and beyond influenced by the Bauhaus is a long and all-encompassing one, and one which bears witness to the astonishing impact this school had on the way we view the contemporary world.

Furthermore, it isn’t just the longevity of the Bauhaus aesthetic which is so impressive, but also the broad reach of this movement as a genuinely worldwide phenomenon. Wassily Kandinsky - one of the original art teachers at the Weimar school - went on to establish the blueprint for 20th century art (and beyond) to follow with his bold use of colour, explorations of the psychological on canvas, and genius use of abstract forms. Ludwig Mies van der Rohe, the architectural pioneer of the Bauhaus, designed buildings and suburbs in countries as far flung as India, USA, and Israel. Indeed, almost every figure who formed, taught at, or passed through the Bauhaus during its short stint at the very cutting edge of art and design, formed the future in courageous and optimistic new ways… and the fruits of their efforts can still be seen everywhere, and in almost everything. The Bauhaus was German craftsmanship and futurology, painted in the broadest brushstrokes, and spread across a canvas which stretched over the continents. Its story is one of resolve, imagination, a passion for beauty and modernity, and the vitality of ideas which simply cannot be suppressed.

The Bauhaus - the school, rather than the movement which grew from it - was founded in 1919 during the heady heights of the German Weimar Republic; a effervescent period in the country’s history, which saw a cultural explosion in the arts to rival any other in Europe at the time. The school was formed on a specific manifesto; a concept which aimed to dissolve the barriers between ‘art’ and ‘craft’, and which set its sights upon an aesthetic which spanned several industries on its path towards the Utopian. Collaboration and experimentation were key. Students were encouraged to work in a wide range of media and communicate their ideas freely and openly, while pushing the limits of their imagination and toying with what quickly became an identifiable aesthetic. Lines were elegant, simplistic, utilitarian. Colours were primary, bold, and vibrant. Form always followed function, and the essence of Modernism flowed through the charm, beauty and thrill of a brave new century.

While the Bauhaus exploded with all the shock and dynamism of the new, it is possible to trace its lineage back through a series of Mitteleuropean movements, each of which shared similar ideas about the equal value of technical brilliance and artistic expression. Walter Gropius - the founder of the Bauhaus, and a Prussian architect whose singular vision of clean lines, white fascias, and innovative use of materials wrote the rulebook for modernist building - knew that his school and its teachings shared much in common with the Jugendstil movement of Germany, the English Arts and Crafts brotherhood, and the Wiener Werkstatte: all art and design manifestos which valued collaboration, the elegance of monochrome patterns, and putting time-honoured craftsmanship to good use in the modern age. With such a heritage behind it, and with the dawning of the 20th century and all the possibilities of the machine age ahead of it, the Bauhaus was well placed to turn ripples of inspiration into the monumental and world-defining waves in undoubtedly created.

Bauhaus: Constructing the Home of the Modern Aesthetic

While Gropius’ concepts and ideas had quickly gathered a considerable following at the end of the second decade of the 20th century, it became clear that the Bauhaus needed a home - and not just a spiritual one, but one of brick and mortar, in which the dream could truly take root. The city of Dessau caught wind of the concept, and local officials were keen to jump on the bandwagon of artistic and technological growth. Indeed, the city offered Gropius the land on which the school could be built and a sizable donation towards its construction and realisation, so keen were the powers that be to get on board with the thrill of a truly home-grown idiom in design and artistry.

From the very moment the doors of the Bauhaus were opened, students flocked from far and wide to throw themselves wholeheartedly into its radical aims and ways of achieving them. It must have been a truly tantalising prospect; gone were the stale, predictable, and outdated single-discipline studies - Bauhaus was all about completely smashing the boundaries between artistic disciplines, doing away with the separation between high art and handicrafts, and using wild parties, raucous music, and outrageous antics as key aspects of the curriculum. What’s more, Gropius attracted the interest of no shortage of rising talents and genuine superstars in their field, who came as teachers, tutors, and mentors to the assembled young minds, keen to reshape the world in their image. Alongside Kandinsky and Mies van der Rohe were figures such as the Hungarian artist Moholy-Nagy, a man whose experimental camera works and typeface designs were enormously influential in early 20th century art and graphics. By blending technical genius, a wide range of artistic disciplines, and a clear vision of what art and design could and should be in a new age, it was - unsurprisingly - a hitherto unimaginably fertile breeding ground for incredible new ideas.

Gropius’ vision is, of course, best known by the general public via the idiom of modernist architecture that he helped give birth to. However, the true artistic heritage of the short-lived Bauhaus school is considerably broader than the idealistic and utopian homes and office buildings it spawned. Consider the bold use of colour, the strong black lines, and the geometric shapes favoured by Bauhaus alumni; these went on to form the overall aesthetic of 20th century art, graphic design, and corporate imagery. Book covers. Car design. Luxury brands. Subway signs. Home furnishings. Smart phones. The Bauhaus look has permeated so many aspects of 20th and 21st century life - a truly stunning feat for an artistic base which was celebrated and reviled in equal measure during its few years of existence.

Bauhaus had many core tenets at its vibrantly beating heart, but none were perhaps more powerful than the idea that artistic ability could only flourish with technical excellence at its centre. This key belief was not only the driving force behind the astonishing output of the school, it’s perhaps the main pointer when it comes to evidence of its lasting success and legacy today.

Of course, it’s something of a tragedy that Bauhaus wasn’t able to continue flourishing and exploring this way of seeing and thinking on its home soil of Germany. The rise of National Socialism placed endless obstacles in the path of the growth of Bauhaus, and after moving location three times - from Dessau to Weimar, and from Weimar to Berlin - Gropius was removed from his post, then replaced by a successor who felt he had no choice but to close the school’s doors for good. Despite this cauterisation of a blossoming ideology in its physical, tangible home, Bauhaus - almost ironically - was freed from the shackles of brick and mortar, and spread far and wide across the globe in the hearts, minds, and talents of its proteges and believers. Indeed, the attempts to suppress and destroy the Bauhaus were exactly what led to it becoming the global tour-de-force we know it as today, with many of the original Bauhaus pioneers fleeing to the UK, the US, and beyond. It took little to no time at all for the high society of New York to recognise the fact that Bauhaus felt and looked very much like the future; the 1938 MoMA exhibition of their designs and manifesto was the ultimate seal of approval, securing its reputation as a genuinely international modernist phenomenon.

The centenary of the Bauhaus has, as one might expect, led to a refreshed view of this most radical of art schools and movements in design, and has encouraged a century of hindsight in which we’re encouraged to see it with fresh eyes, and from our contemporary perspective. While it was marred by controversy during its heyday, it is clear today that the Bauhaus was not - as was so often claimed - any kind of threat to the grandiosity of Art Nouveau, or the bourgeois sensibilities of its artistic predecessors. Nor, indeed, was it a mere flash in the pan, or the manifestation of a small and elitist group’s personal vision of what the modern world should resemble. It was, evidently, the home of a true abundance of creative energies, and a place where the white heat of collaboration and the energy of a new century could come together, laying the groundwork for countless examples of art and design to build upon. By blurring the lines between art and craft, creativity and industry, and the functional and bespoke, Bauhaus was, quite literally, far ahead of its time.

From the homes we live in, to the cars we drive, to the cities whose streets we walk, to the smart phones in our pockets, and to the art we hang on our walls… it’s no exaggeration to say that we inhabit a world inspired by, built by, and improved by the Bauhaus.

Luxury meets functionality. Elegance meets practicality. Art meets science. The values of Bauhaus and the values of Christian Berlin intersect at every turn, and demonstrate the thriving commitment to German precision, craftsmanship, and attention to detail which thrives in the beauty products we go to great lengths to provide. The Bauhaus believed - above all other things - that art and beauty must always be based upon the foundation of technical excellence; this is a tenet that we at Christian Berlin hold close to our hearts. Within each of our beautifully-packaged products, you’ll find the zeniths of scientific research; countless hours of innovation, driven by the aim to purify, beautify, and rejuvenate. 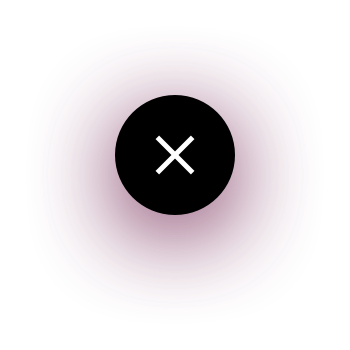